If you want to win a negotiation - influence! Start by understanding what success looks like for the other side and work out how you can help them achieve it. If you can do this you will find achieving your aims much more straight forward. You will also build sustainable relationships that stand a better chance of weathering the next storm.

I start this article by caveating that it is an observation of communication rather than expression of political views. My aim is for us all to communicate better rather than take sides ...

If you listen to the "disputes" that are currently front and centre of the news headlines you will notice that they all have a number of fundamentally flawed communication strategies in common.

Whoever is being interviewed unequivocally states how they have been wronged and what it is that they need or want by way of compensation.

In other words, they lead with "I" or "we" and there is little thought given to communicating the overall outcome of the situation. Even less thought is given to influencing those who sit on peripherals of the dispute who may be able to assist the outcome.

In any dispute there are usually three types of people:

It is a common error to either side with the sponsors, or take on the terrorist. It is far more effective to influence the neutrals. This is done by understanding the fears and beliefs of all sides and listening in order to uncover underlying motivations.

During a TV interview on BBC news Pat Cullen, the General Secretary of the Royal College of Nursing, was confronted with feedback from a patient whose cancer treatment had been postponed. She stated that the nurses were striking for the patients and persisted in repeating the point.

Anybody listening to this interview from a neutral stance would have quickly drawn the conclusion that whilst the nurses motivations may be valid, they are not striking on behalf of the viewer whose life saving treatment had been delayed as a result of strike action. Therefore this communication is not authentic and the neutral is influenced in a negative fashion.

In other words a neutral becomes a terrorist and your cause is made weaker.

The job of the negotiator or communicator is to take the neutral on a journey and help them understand what the bigger picture and therefore overall outcome looks like.

Try to avoid the petulant child approach of simply stating what you want over and over again.

There has been little communication from the transport unions as to how they can help make the railways more profitable, or even effective for the general public.

In other words, influencing the neutrals to understand why a pay rise is a small step on the way to achieve the bigger picture. In this instance the easiest thing for the neutral to do is nothing. This weakens the effect of any action.

Prince Harry has stated his grievances very clearly and how he feels wronged. What is not being communicated is the "why" or the "so what". Without the "so what" it is very difficult for the neutrals to see how this is relevant to them and take appropriate action.

It can feel to the neutral as though they are being taken on a journey but have no idea how long it is or where they are going. Inevitably they will take the path of least resistance and get off!

Negotiation should be about mutual outcomes. If you can avoid drawing battle lines you are much more likely to succeed.

Start by understanding the motivations, beliefs and outcomes of those you seek to influence.
Ask yourself whether there is a way you can deliver "their" outcome. If you can, then achieving your goals becomes much more straight forward.

When communicating seek to influence by helping the audience understand what the bigger picture might look like and what you are prepared to do in order to help achieve this.

Focus on what can be done rather than looking backwards to things that cannot be changed.

When communicating use this guide:

Understand very clearly what your values are and what the message you want to communicate is and stick to it.

Are you on strike for more money; for the patients; for working conditions; or to make the organisation stronger? Are you telling your story to make yourself feel better or in order to see change, if so what does that look like?

Is the way you are communicating authentic to your message and will it influence the neutrals? 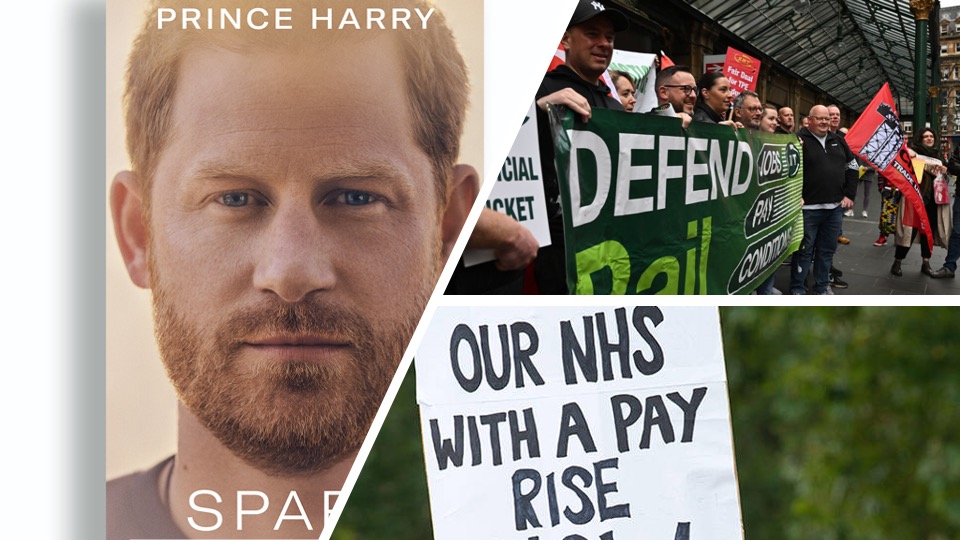